A busy weekend saw several events take place for Perth Road Runners.Duncan Ryan and Grant Wooler went to the Scottish National Athletics championships at the Emirates Stadium in Glasgow.Both did fantastically well in their age categories with Duncan getting 2 bronze medals and Grant 2 silvers in the 800 metres and 1500 metres.

Saturday the 31st also saw the Scottish national masters cross country championships take place.David Knight stormed home with a 4 th place in the m40 category and 21st overall managing a time of 32.24. Simon Grieshaber ran well to finish in 39.54 finishing 32st in category.David Wood showing a return to form managed a very respectable 46.35 and 11 th in the m60 category.

The 63 rd Perth Parkrun also took place on Saturday with 17 Perth Road Runners taking part out of a fantastic field of 175 runners.Linton Scarborough was 7 th home in a very quick time of 18.51 with Jimmy Fotheringham next on 19.40 managing a creditable 10th position.Stuart Fraser continued his fine form running 29.32.Richard Ward was next on 23.07 with Grant Strachan, Craig Antrobus with a new Pb and Kenny Stewart not far behind on 23.28,23.30 and 23.37 respectively.

Sunday the 1st also saw the very popular Forfar Multi terrain Half marathon take place.182 brave runners took part in this tough event.
Ewan Jelly was the first Road runner home in 1.43.17 and 68th place.Barry Campbell was not far behind in 77th place 1.44.43. Bob Brown ran another legendary race managing 1.47.18 in the over 70 category.Peter Ritchie completed the quartet running 2.01.16 and into 151st place.

Runners are reminded that the annual presentation is this Saturday at the Lovat Hotel. 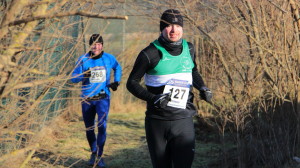 Barry Campbell at the Forfar Multi Terrain Half Marathon 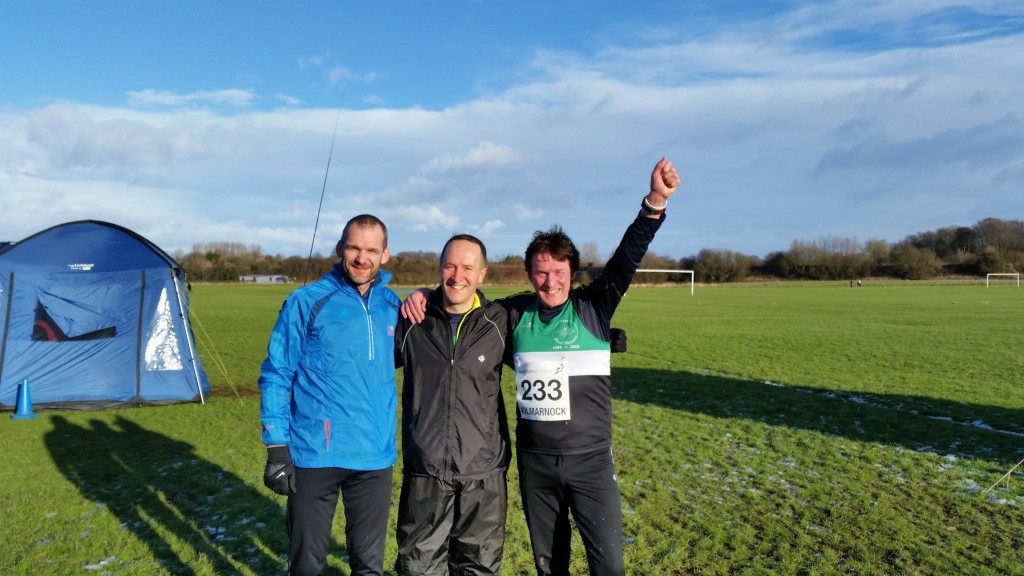 Saturday saw the annual presentation awards for the Perth Road Runners at the Lovat Hotel.Guest speaker was Joel Enoch who is a world class triathlete and gave an interesting talk on The benefits of certain foods for training and how a positive mind can play a major part in your success.
The weekend was also busy on the running front.Saturday morning hosted the 64 th Parkrun and proved very popular with 12 green vests taking part out of a field of 192.Stuart Fraser finished 5th in a new Pb and magnificent time of 19.35, Richard Ward was next on 22.19. marianne McLevy ran a very impressive 23.32 followed by Susan Smith on 24.42.Linda Oneill managed 26.28 with Fiona Hair close behind on 26.57. Sally Newton ran 28.13 with Karen Walters next home on 30.25. Jean McCulloch ran an excellent 31.24 with Mel Macrae only 22 seconds behind on 31.46.Dorothy Bates ran 35.23 with Fiona Morrison running 35.24.
Saturday also saw 11 Runners run the 3 trig point challenge from Bells sports centre at 7.30am which meant running up St Magdalenes Hill followed by Moncrieff Hill with a final push running up Kinnoull hill.The weather was fantastic and spectacular views were available at each trig point.This meant a total of 15 miles running and over 1500 ft of climbing.A special mention must go to Neil Muir for completing it as his participation had been in doubt after doing a ” Ronnie Corbett” on his treadmill at home during the week!
Sunday saw the 4th race in the Frostbite trail race challenge. 126 runners took part with Ewan Taylor who is now in the army finishing a magnificent 3rd in a time of 21.05. Neil Muir was next home running a impressive 24.59 after his Trig exertions the day before. Stuart Fraser managed 25.05 with Paul Grace just behind on 25.26 and Stewart Dallas running well to post 25.41. Baz Campbell was next on 26.19 Daile Sipple stormed home on 33.39 with Alan Paterson running 35.11 to be next home. Eleanor Paul is showing continuing improvement with a time of 36.06. Fiona Morrison completed the Perth Road Runners home on 46.45 and another fine performance.
Marianne McLevy ran the Devilla 5k on Sunday and ran a cracking time of 23.43

Another busy weekend on the running calendar saw 21 Green vests take part out of 194 runners in the 65 th Perth Parkrun. A mild morning saw Linton Scarborough finish 3rd in 18.29. Jimmy Fotheringham managed a respectable 19.30 with Stuart Fraser running another consistent 19.57.Richard Ward was next home in 22.51.Caroline Jones was next in 22.55 followed by another PB from Shug Daly on 23.37.Marianne McLevy,Fiona Manson and Kenny Stewart were next home on 23.46,23.49 and 23.56 respectively.Mike Dales was next on 24.25 closely followed by Alison Brown on 24.30.Debbie Jackson did well running 25.22 with Mel Macrae only 2 seconds behind on 25.24.Linda ONeill again ran well posting 26.53.Fiona Hair on 28.04,Sally Newton 29.05,Caroline Hogarth 30.03,Karen Walters 30.26,Jean McCullough 31.06,Dorothy Bates 36.46 and Fiona Morrison running 37.42 completed another sparkling turnout.
Sunday saw the 9th running of the Wee Winter Run take place at 11am by the Cherrybank Inn.18 runners took part in the 4.75 mile run. Perfect running conditions saw Neil Muir 1st home in a speedy time of 35.08 followed by John Rudd on 38.40.Fiona Manson was next home and first female running 40.40.Mike Fotheringham was first Junior home managing 4 th place in a time of 43.09. Jimmy Fotheringham and Mike Dales were next home in 43.10 and 43.11. Big Baz Campbell cruised home in 43.41 with Mel Macrae running a smooth 44.16.Fiona Angus showed a return to form after injury posting a respectable 45.28 Susan Smith on 46.02,Alison Brown 47.02 and Linda ONeill 50.20 were next home.Fiona Rennie,Pauline Walker and Sue Walker were all given a time of 53.43 after the judge could not split them.Fiona Hair and Alan Paterson also finished together and were given a time of 56.06.Thanks to all the marshals for this successful event.
Debbie Jackson ran a fine 1hr 32 in the Devilla forest 15

Perth Road Runners are now travelling the world to promote the club and city.Last Sunday saw Duncan Ryan and Pete Ritchie fly the flag for Scotland and the green vests when they both took part in the Tokyo marathon which they described the city as amazing with the race itself being terrific.Pete managed a fantastic time of 3hrs 56 mins for the 26.2 miles.
Duncan ran an awesome 3 hrs 6 mins just outside his target of a sub 3hr marathon. However cramp unfortunately took hold at 22 miles and that famous marathon wall had another victim.

Duncan has now completed the 6 big major marathons which are London,New York,Berlin,Chicago,Boston and Tokyo.This has been completed by less than 200 people in the world and is a truly fantastic achievement.Duncan has raised £13,000 during this period for different charities.

On a slightly more gentile basis the 66th Perth Parkrun took place on Saturday.13 perth Road Runners took part out of a field of 168.Some fantastic performances were the order of the day with Martin Mcewen finishing 3rd in a magnificent time of 18.06 for the 5k route.Stuart Robertson was also given the same time but was beaten by the dip into 4th place. Both of them set new Personal bests.Dave Macfadyen was next best on 20.03 which was a great performance as he was a first timer at the event.Stuart Tic Tac Fraser continued his consistent running posting a creditable 20.07 and 10 place. Julie Ramsay was next home and first female in a cracking time of 20.28 and a new personal best. Showing her marathon training is reaping dividends.Hamish Shankland sped home in 21.12 followed by Richard Ward in 22.32.Marianne McLevy managed 24.24 with Alison Brown only 3 seconds behind in 24.27.Susan Smith was next in 24.55 with Fiona Hair running 27.38.Karen Walters once again ran consistently well in 30.38 with Dorothy Bates completing the Road Runners home in a fine 33.35.
Hatton road is the venue at 6.30pm for Thursday nights hill reps. If possible could the runners park their cars off the main road for safety reasons.