The 2022 PRR Duathlon will be held at 6:45 pm on Weds 3rd August, starting from Pitcairngreen.

Like the Yahoo, the PRR Duathlon is a fine established tradition. The men’s competition started in 1992; the ladies’ in 2000. The men’s trophy carries the title ‘Biathlon’, pre-dating, as it did, the advent of duathlons as we know them today. However, there is no XC skiing or rifle shooting to be found at this PRR event (or, indeed, any other, as yet).

The duathlon, generally, is a combination of cycling and running. Most modern duathlons proceed run-cycle-run. But the PRR Duathlon is far from modern.

Normally held on a summer evening (but occasionally as late as November on a weekend), the Duathlon has been ably organised by Kevin Rogers (with many volunteers) in recent years. It starts from the north side of the quaint village green in Pitcairngreen with a 6.85/4.2-mile km run (click here for lap map), and undulates out to the north and back south via the Dryarch road. It’s then out of trainers and onto/into the saddle for two larger (9.85km/6.1-mile) laps (via Redgorton and Battleby, click here for lap map). Road surfaces for the cycle are very “P&K”, with pothole/’draggy surface’ avoidance a key skill on some sections. The major corners (esp that at the bottom of the Dryarch hill) have a tendency to be laden with gravel and demand respect after rain.

It’s something of an invited-all-comers race, in which a number of Perth’s cyclists, runners and triathletes have all been known to appear. Whilst the club trophies are presented to the fastest male and female PRR to complete both disciplines, two-person teams (both same-sex and mixed) are welcome, splitting the run and cycle between members.

The run-first approach tends to split the field before the bike leg, making a tactical/drafting/slipstreaming/cat-and-mouse cycle race pretty unlikely. But it’s not impossible, and it’s certainly allowed.

The course was not always at Pitcairngreen. As Neil Muir relates, “the original course started at the top of Neccesisity Brae; we ran out for 2 or 3 miles, then cycled out round Dunning, then back in via Forgandenny, Bridge of Earn into Perth finishing at the South Inch”.

There have been some alarmingly fast male winning times recorded over the current course: a 56-minute time (seconds unrecorded) in 2010 by Ewan Taylor is the current best. Ladies’ times are not well recorded across the ages, and there is no clear record time, although Anne Chisholm’s 1:14:31 stands out in recent years. 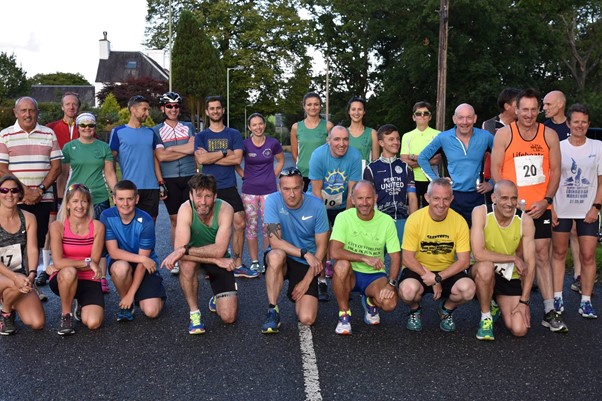 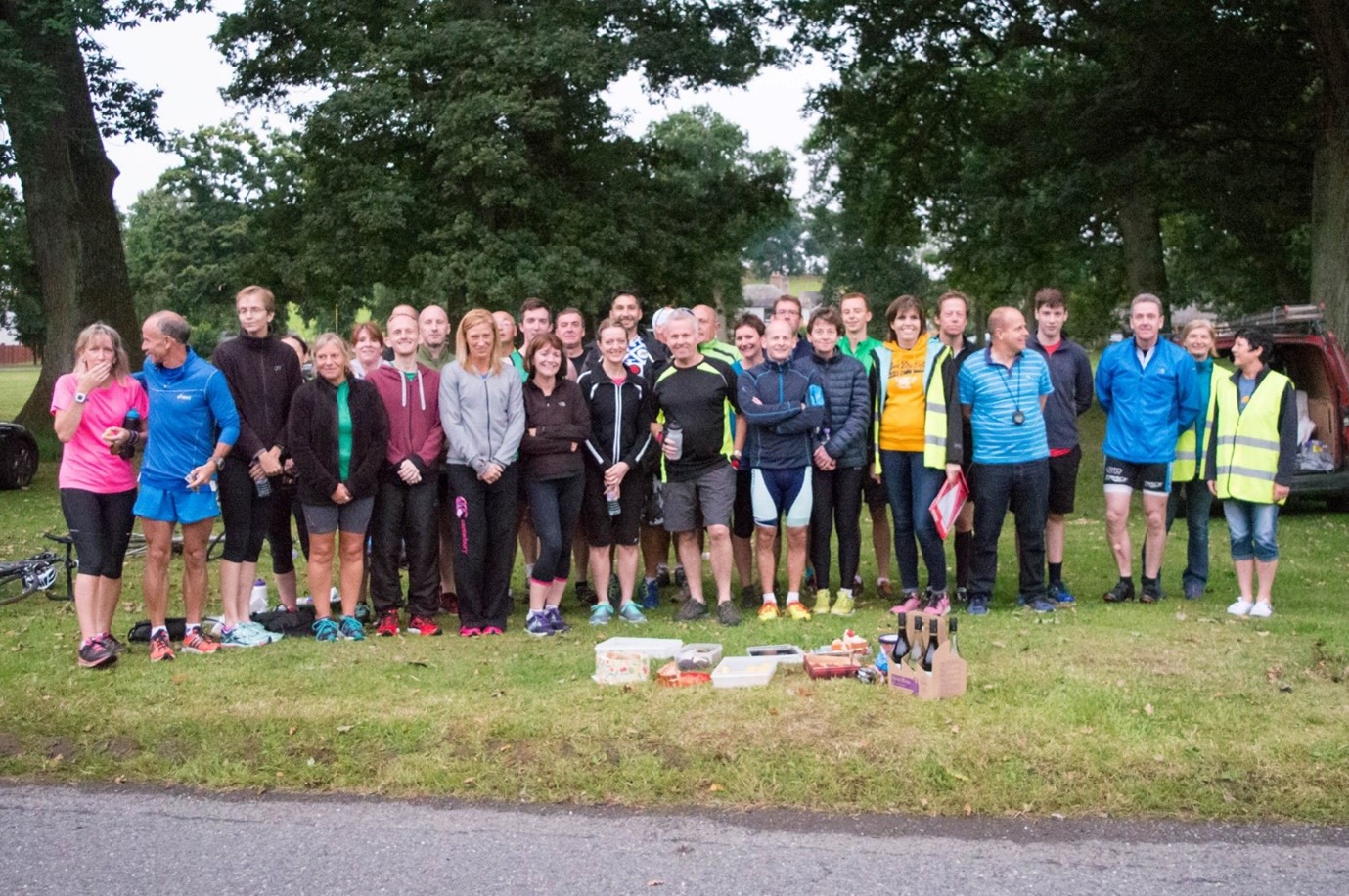 Whilst bikes used tend to be of a racing variety, with high-tech TT frame and aerobars by no means unknown, any (unpowered) bike is allowed. Mountain bikes are not unknown for those unfussed by a more modest finishing time: we have yet to see competitors comp(l)ete on a Brompton, shopper, Grifter or Chopper, it is believed.

The evening, whilst competitive at the front end, has a distinctly social air. Large quantities of cake and chocolate are commonplace and the Pitcairngreen Inn is barely 100m from the start…